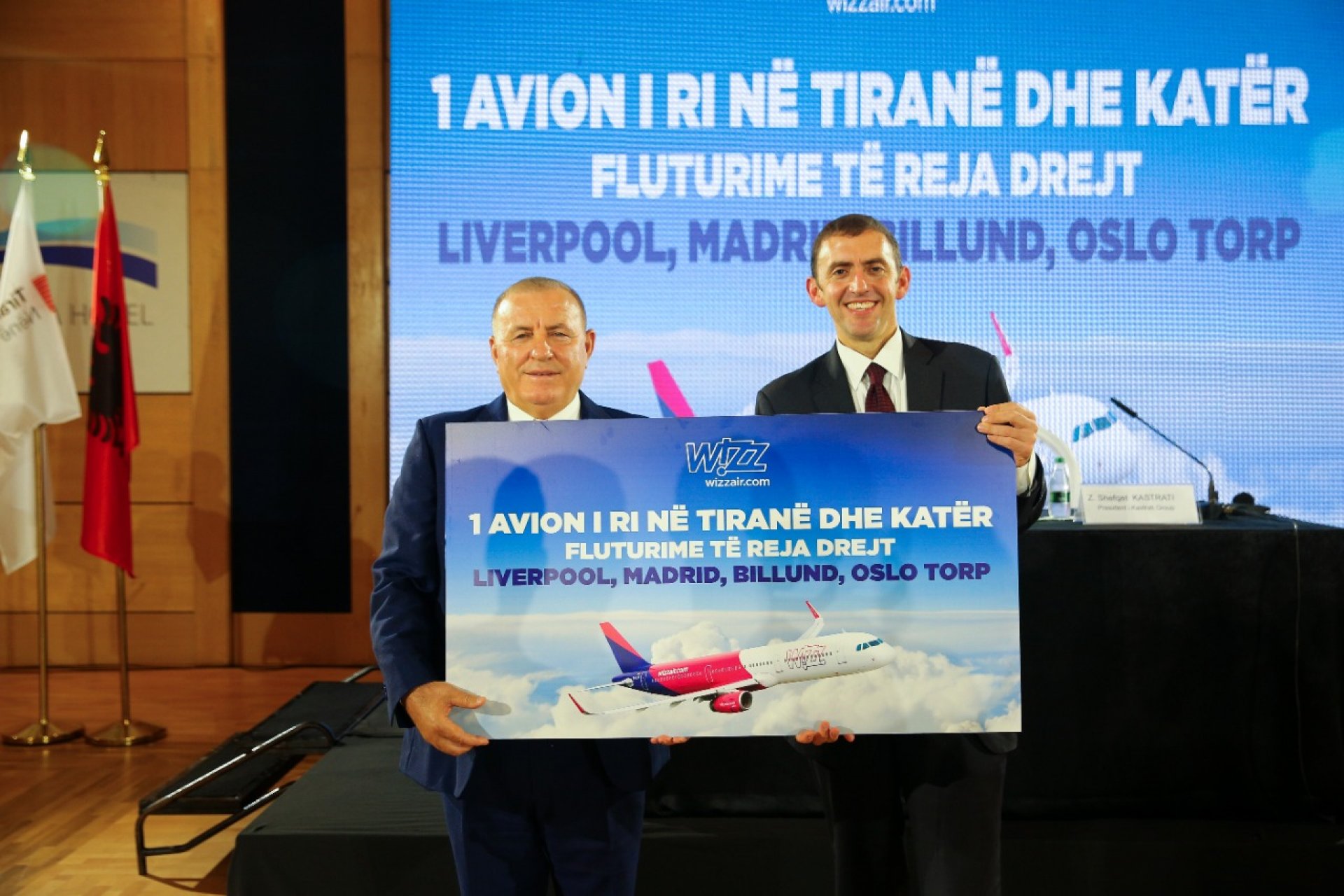 Tirana, August 11, 2021 - Wizz Air, the fastest growing airline in Europe, announced today the deployment of the 6th aircraft at its base in Tirana. The new aircraft will join the Wizz Air fleet based at Tirana International Airport (TIA), enabling the launch of direct flights from TIA to Liverpool (United Kingdom), Madrid (Spain) Billund (Denmark) and Oslo Sandefjord Torp (Norway) as well as the increase of frequencies of the airline’s existing routes to: Ancona, Verona, Luton, Brussels, Paris, Berlin, Hamburg, Memmingen.

Wizz Air fleet with 6 aircraft and 4 additional destinations as of December 2021, will continue to operate with low tariffs that connect Albania with the rest of Europe. Wizz Air already connects Tirana with 34 European destinations.

"The establishment of 6th aircraft of Wizz Air at Tirana International Airport and the announcement of starting from TIA of four new destinations all over Europe, is translated for us in trust, confidence and good service provided from the airport to Wizz Air, but not only. We have big plans for this airport in terms of extension, new services and new airlines. The Albanians deserve freedom of movement and choices to travel. This is our goal and it will always remain like it" said Mr. Shefqet Kastrati, President of Kastrati Group.

Robert Carey, President of Wizz Air Group said: “I am delighted to announce further expansion of Wizz Air’s network in Albania by adding the sixth aircraft to our Tirana base. With this announcement we are adding four new exciting routes from Tirana to Liverpool in United Kingdom, Madrid in Spain, Billund in Denmark and Oslo Sandefjord Torp in Norway. We are confident that Wizz Air’s ultra-low fares and great route network will make travel affordable to even more passengers. Our modern aircraft, as well as our enhanced protective measures, will ensure the best possible healthy conditions for travelers while operating with the lowest environmental footprint. We look forward to welcoming passengers on board with great service.”

Wizz Air announced the opening of its base in Tirana in 2020, deploying 3 aircraft, and on March 11, 2021 brought the fourth and fifth aircraft although in restrictive conditions of the travel pandemic. The history of Wizz Air in Albania dates back to four years ago when the first flight landed in April 2017 from Budapest.