Funny viral video: a cute puppy escapes from the trunk of an airport plane. Airport

staff who watched him for more than 30 minutes were absurd, but shocked the audience. It happened

It depicts a cute white puppy escaping from a box in the cargo compartment. As no one

expected, the dog started sprinting near the airport. During his little play time, he

also attracts ground teams that start chasing him to catch his pets. The persecution will continue for a

while. Obviously, all this was recorded by the passengers or the staff waiting to board. 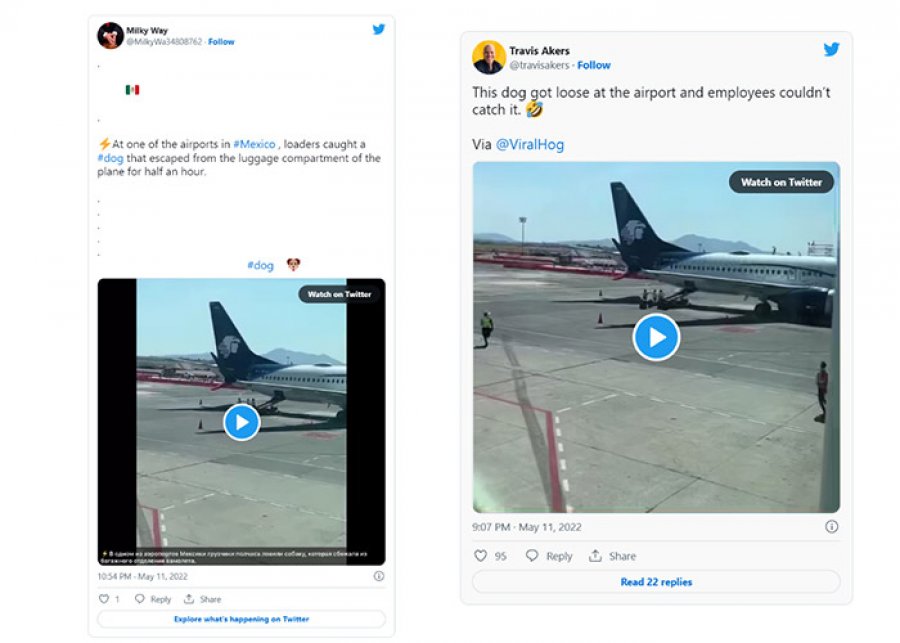 Although there's no information on how the pup escaped, it's a fun sight. It looks like the furry little

friend enjoyed his run to the fullest. According to the media, the puppy was caught by the employees

only after half an hour. Fortunately, no injuries or flight delays were reported.

One user shared the video on Twitter and wrote: ;At an airport in Mexico, handlers spent half an hour

catching a dog that had escaped from the overhead compartment of an airplane. The dog must have

had more fun than ever.

However, the video was not fun for everyone. Many were worried about the pooch.

LINK TO WATCH THE VIDEO :