Wizz Air allocates fifth plane to TIA base: Direct flights to Barcelona and Cologne to begin 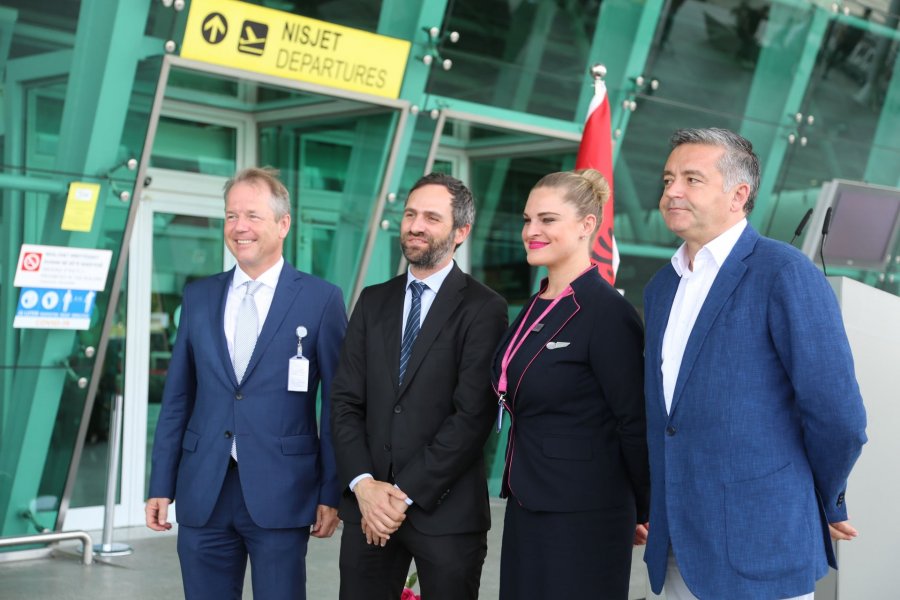 2021 - Wizz Air, the fastest growing airline in Europe, announced today the deployment of the 5th aircraft at its base in Tirana. The new aircraft will join the Wizz Air fleet based at Tirana International Airport (TIA), enabling the launch of direct flights from TIA to Barcelona in Spain and Cologne in Germany.

In less than two years after the establishment of the Wizz Air base in Tirana, it is announced the addition of the Wizz Air fleet with 5 aircraft and 2 additional destinations, where it operates with low tariffs that connect Albania with the rest of Europe. Wizz Air already connects Tirana with 29 European destinations.

Dr. Constantin von Alvensleben, Chief Executive Officer of Tirana International Airport said: “The fact that Wizz Air bases five aircraft in Tirana is a great sign of trust for this airport and the result of several years of successful cooperation. This offers a new perspective for Albania by bringing the country closer to Europe. I am pleased to announce our commitment to continue our cooperation with Wizz Air for a substantial development that will support Albania's post-pandemic economic recovery and also offer customers a wide range of affordable low-cost destinations."

Mr. George Michalopoulos, Commercial Director of Wizz Air said: “I am pleased to announce the stationing of a fifth aircraft in Tirana and the launch of two new routes to Barcelona and Cologne. In the next three - four years we will double our fleet of Tirana base and this development, envisages the movement of about 5 million passengers with Wizz Air, new destinations from Tirana and a high standard of service. This is an extraordinary development for Albania, for the airport and for us".

Mr. Blendi Klosi, Minister of Tourism and Environment, said that “Albania is in the attention of foreign tourists and we must all join forces to increase the quality standards of service, from the entrance gate to the beaches or Albanian historical centers. With the new management of the airport, it seems that there is a facilitation of doing business, with more negotiable tariffs with airlines that have an interest in Albania, a fact that promotes free and fair competition, where the beneficiary is the passenger.

Wizz Air announced the opening of its base in Tirana in 2020, deploying 3 aircraft, and on March 11, 2021 brought the fourth aircraft, although in restrictive conditions of the travel pandemic. The history of Wizz Air in Albania dates back to four years ago when the first flight landed in April 2017 from Budapest.

The airline foresees to transport 2 million passengers from and to Albania with the five aircraft base in Tirana International Airport.

Abu Dhabi International Airport expects an increase in the number of passengers due to Eid al-Adha and the upcoming summer holidays...